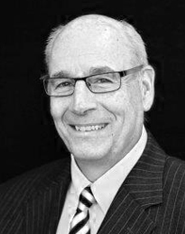 Richard Folts joined Battalia Winston in 1997 as a Partner in the firm’s Chicago Office. Currently, Rich is a Partner in the Industrial Practice and a co-leader in the firm’s Family-Owned Business Practice. He has more than 30 years of experience in executive search.  His focus is on recruiting for the C-suite, primarily for CEOs and their direct reports, though he has conducted successful searches in nearly all functional disciplines and for a broad range of industries (including consumer packaged goods, automotive, office furniture and heavy manufacturing).

Most recently, Rich has spent the last several years developing a specialty in working with family-owned businesses in transition in the Midwest. As the Practice co-leader, Rich has developed a strong network with board members, consultants and attorneys, recognizing the need for a team of advisors during succession or transition planning. He has been interviewed and quoted frequently in the national news media and publications including Business Week and the Los Angeles Times.

Before joining Battalia Winston, Rich was a Principal at a growing Chicago search practice. Prior to that, he was a Vice President with A.T. Kearney International, and before that he spent ten years in the executive search practice of Coopers & Lybrand (now PWC).  Before entering the search industry he spent five years in sales and marketing with American Greetings and Digital Equipment Corporation.

A native of Wilmington, Del., Rich majored in history and political science at High Point University in North Carolina and later earned his MBA, with honors, from Baldwin Wallace College in Ohio. Rich is married with two grown children and splits his time between Chicago and Ft. Myers.

Rich is active in several professional organizations, including the Association of Executive Search Consultants (AESC). In his spare time is an avid fly fisherman and enjoys tennis and golf. Rich is also involved with his community and his church.

We listen, we advise and partner with our clients to find the best talent.
Contact us

of our searches
we conduct are from current Clients

of searches
are successfully
completed

Battalia Winston is led by recruiting experts with more than 30 years of experience. We work directly with company leadership as well as outside advisors (compensation consultants, private equity sponsors, etc.). Our experts understand governance as it applies to family-owned businesses and have placed more than 125 candidates in family businesses in the last decade.
Contact Us

We have consistently been recognized as one of the top retained executive search firms in the United States. Battalia Winston headquartered in New York, NY has offices in Atlanta, GA; Boston, MA; Chicago, IL; and Woodbridge, NJ.